Back in 2017, one of the most hyped crypto projects was OmiseGo (OMG).

That’s a pretty bold aspiration. But it didn’t stop there.

It was also going to be one of the first working “proof of stake” (POS) cryptos, which basically means the fees it generates wouldn’t go to miners but to people who hold it.

And this was literally years before big name POS cryptos like Tezos and Cardano existed.

It would do this using something called plasma, which would also be used to massively speed up the Ethereum network itself.

So as you can imagine, OMG got pretty hyped.

And then news emerged that Ethereum’s co-founder and Lord and Saviour, Vitalik Buterin was officially advising OMG… and this photo was taken of him with an OMG sticker on his laptop:

Then came the kicker… OMG was partnering with none other McDonald’s (Thailand) to process its payments!

I’m sure you can imagine what happened next.

For a while OMG was the most hyped project in crypto. But it didn’t last.

Over the course of the 2018-2019 crypto winter it became clear OMG wasn’t ever going to deliver on its massive hype.

It missed deadline after deadline and broke promise after promise.

It became one of the biggest clichés in crypto… a hyped project that never actually delivers and then drops like a rock. Vapourware.

But because OMG had been so hyped and fallen so far it was basically used as a meme for crypto projects that don’t deliver.

(You might remember I used it as an example on my Matic pump and dump article back in December 2019: what caused Matic Network’s monumental pump and dump?)

What a difference a rebrand makes

Now, you might remember that part of OMG’s hype was because of a scaling solution it was developing for Ethereum called plasma.

And although OMG missed deadline after deadline and basically threw out its original plan to be a payment processor, it was still working on plasma.

Fast forward to June and Ethereum’s price – and usage – takes off, mainly thanks to DeFi.

Suddenly Ethereum’s network is completely congested and its average transaction fees are higher than Bitcoin’s.

It needs a scaling solution and it needs one now.

Meanwhile, OMG decides to rebrand from OmiseGo to OMG network.

While OmiseGo was such a poor project it ended up as a meme, OMG network could brand itself solely as a scaling solution to Ethereum… and hope everyone would just forget about its original, grander promises.

Once again, OMG managed to get its timing spot on.

Just two months after its rebrand, OMG rose from the dead and went vertical, as you can see below:

Now, if you look at that chart you’ll see I’ve used my extremely handy iPad pro (which definitely wasn’t a waste of money) to draw on another inflection point where things really picked up.

That was when Tether – the $10 billion stablecoin and 4th biggest “crypto” by market cap – integrated OMG to speed up its transactions and cut its costs.

Tether’s original announcement about OMG was in May – were that first bump is just before OMG’s rebrand. The actual integration happened on the 19th of August.

And that is what led to OMG shooting up 308% in the last seven days (At least that’s where it was when I took this screenshot on Friday afternoon).

As you can see, it was by far the biggest gainer in the top 100.

Looking at things now, on Monday afternoon (I ran out of time last week), we can see it’s still by far the biggest gainer in the last seven days. Although, like most cryptos it lost a decent amount of money over the weekend.

What does the future hold for OMG Network?

So there are a couple of ways this could play out for OMG Network.

Right now, OMG is having a golden age as one of the leading scaling solutions for Ethereum 1.0.

But once Ethereum 2.0 is ready, in theory it will be fast enough not to need layer-2 scaling solutions as it will be able to scale all by itself.

Which would make OMG completely pointless and its price would surely go back to near zero.

However, as a random Redditor and OMG Network fan points out, it could still be used as a scaling solution on Ethereum 2.0… to make the already fast-enough Ethereum 2.0 even faster.

Personally, I think this is most likely to all end in tears for OMG holders when Ethereum 2.0 finally fully launches.

But up until then, there’s no telling how high (or low) OMG could go.

And given that OMG has successfully ridden two crypto bull runs now, who’s to say it won’t come up with another “rebrand” in a year or so and ride whatever the latest hype train is then?

Like most things in crypto, it may be irrational, but at least it’s entertaining. And it’s certainly making some people a lot of money.

Okay that’s all for this week.

If you thought this issue was worth a pot of tea, you can buy me one here.

PS Last week I wrongly said Zeus Capital was based in London. It’s actually a global asset manager based in New York, Hong Kong and Singapore. But not London. The Zeus Capital in London is a different investment bank with the same name.

Apparently the London Zeus Capital has been getting flack for something it has nothing to do with.

I thought it was interesting that two investment companies have exactly the same name. I mean what are the chances?

I wonder what it is with investment companies that make them arrogant enough to want to be equated with the leader of the Greek Gods?

And let’s not forget big shots on Wall Street used to call themselves “masters of the universe” (before they were replaced by algorithms).

Personally, I much prefer the good old Great Vampire squid moniker for them all.

In this article you'll find out what caused Matic Network's pump and dump, and learn how to avoid falling victim to these kinds of crypto scams in the future. 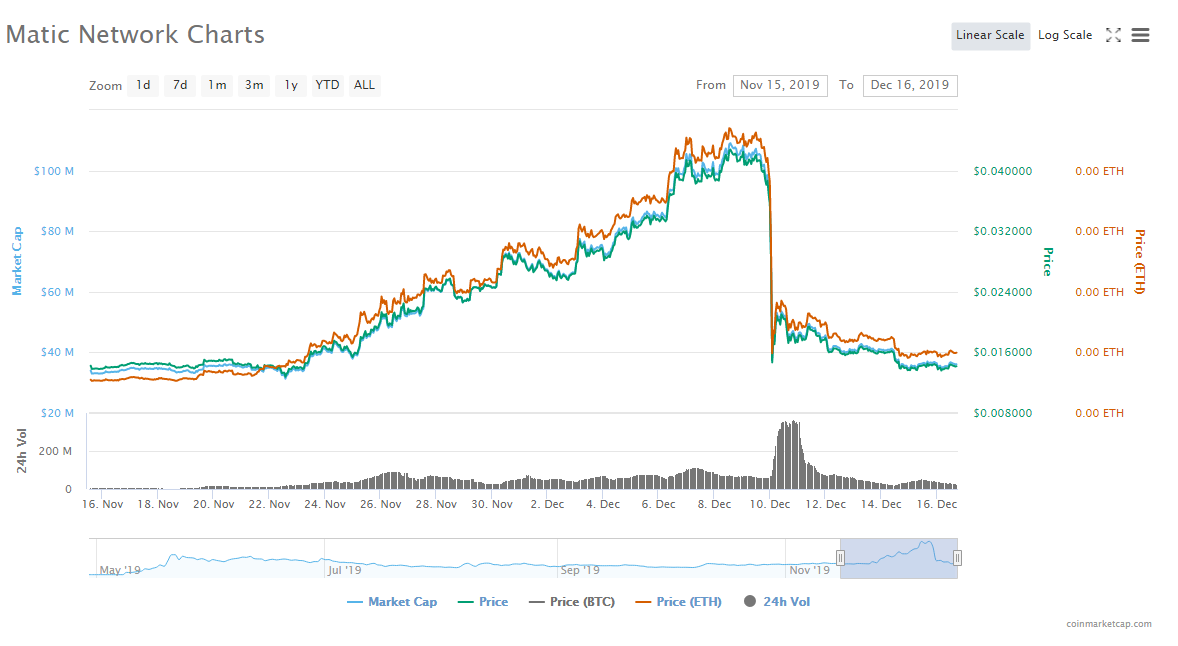